Settling back in at home has been a bit exhausting, but also wonderful.  It is so good to see everyone I’m used to spending my days seeing, and settling back into my routines.  The highlight of course is my pal Georgia who I take care of most days after school.  Seeing her face light up every time she sees me or hears my voice just makes my heart light.

Looking back on my trip, it’s almost hard to believe it was real.  Whatever doubts I had on the hard days, I now have no doubt that I will one day return to that trail in some way, shape, or form.  It is such a special trail through so many special places. As the longest mountain bike trail in the world, there literally isn’t anything else quite like it.  Memories of the wonderful people I met and sights I saw fill me with joy.  The kindness of strangers and the assistance we were provided along the way renews my sense of hope for humanity.

Backing up a little:  Becky picked me up in Breckenridge and we had a great road-trip home.  We camped almost every night, visited friends along the way, and passed through states and cities we’d never been to.  I’d never been to any of the Great Lakes and I made up for lost time.  We took a late night cruise and Architecture Tour of Chicago before heading north to play on the beach of Lake Michigan and swim in the chilly waters.  We camped on the shore of Lake Ontario and went on a moonless evening stroll on the beach.  We visited Algonquin National Park in Canada and got to explore Ottawa. All in all it was a great trip. 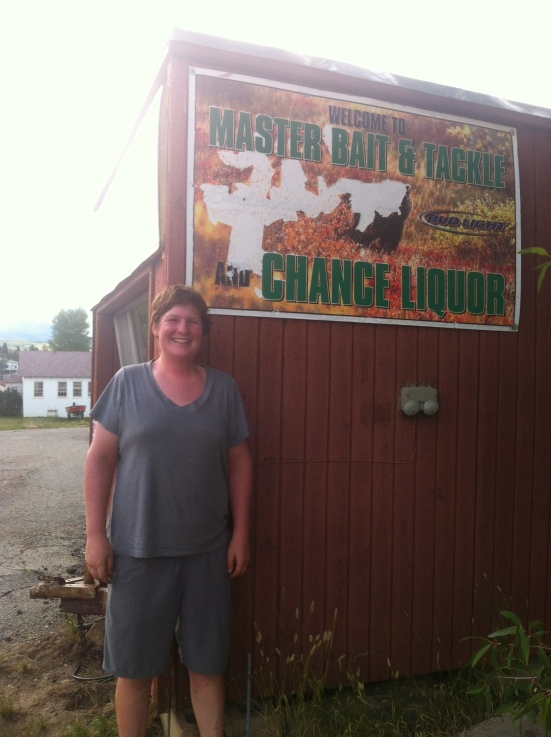 This store, Master Bait and Tackle is one I visited when riding Cross Country in 2010, I was excited to re-discover it the first day of our road trip!

She didn’t look nearly as piglike as I did!

Yay for visiting friends in Wisconsin!

Camped on a river outside of Algonquin Park.

Went on a very short hike in Algonquin Park, makes me want to go back there for a canoe trip!!! Maybe next summer.

My first three days back in Vermont were very chaotic. First, Becky and I decided that our next steps will take us in different directions. After separate, awesome summers and a fantastic road trip together, we decided that our future is as great friends rather than partners. While nothing about the end of a relationship is ever easy, we are confident this is the right choice for both of us.

Later that same night my Grandmother, known to all as Nanny, had a stroke.  She is doing well but lost much of the use of her right side and is now in a nursing home getting lots of PT.  We are all struggling to get used to the idea of the possibility  of her spending the rest of her days in the home because she has Ataxia which was already making getting around the house a struggle.   We’ll all miss Thursday Night at Nanny’s immensely.  The good news is her mind is still sharp and fully intact and she’s still the same old Nanny.  In fact, she retained consciousness and composure throughout her stroke and was simply pissed off because she knew it meant missing my brother Cam’s wedding.

The wedding, less than 48 hours after Nanny’s Stroke and a mere 72 hours after I got home, was a fabulous occasion.  It was the first wedding of any of the cousins in my generation and everyone was in a mood to celebrate.  The small intimate service was very sweet and, as can be assumed in my family, punctuated by laughter.  It all began 2 minutes before the wedding with the bride careening through the gathering in her wedding dress with a 10 foot stepladder and a staple gun to hang a wreath of flowers above the alter.  The service was followed by a long afternoon and evening of champagne, delicious food, and great company. All in all it made for the best welcome home party EVER!

My Little Bro is MARRIED!!! 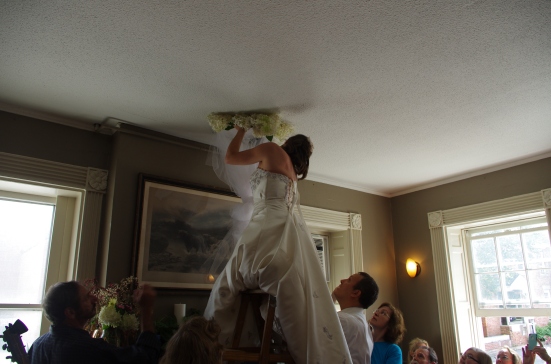 Never get married without a staple gun in hand! 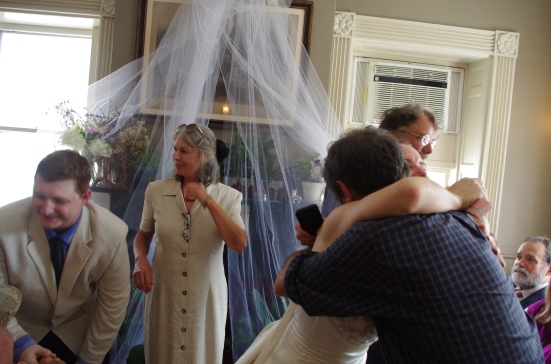 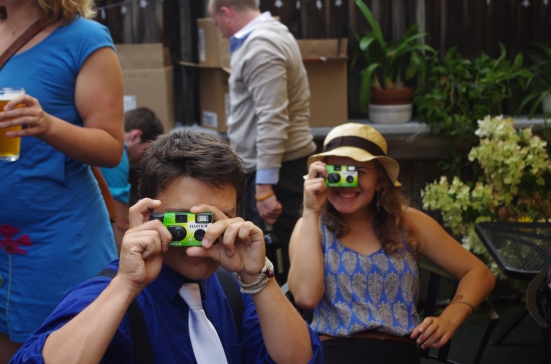 Now, a week later, I’m settled into a new routine in my tiny house – spending mornings puttering either at home or on odd jobs, lunches visiting Nanny, and afternoons hanging with G. I’ve decided not to return to work at the Maple Corner Store but instead just piece together at living between home-care work, house sitting, and odd jobs. Whatever I do, I need plenty of time to bike and soon to ski! This is going to be a great winter.